In the late 70’s I took a seasonal USFS job in the Bighorn Mountains in North Central Wyoming. I was working on B.S. in Forest Resource Management at WVU where they had a great placement program for forestry students that wanted to work out west. Well one thing led to another and I found myself drawn to the west and its big open spaces along with its great trout rivers. I even stayed on through the fall semesters to horse pack trash out of the Cloud Peak Primitive area and then work as a hunting guide for a local outfitter. Of course my knowledge of the area I had spent the whole summer in was valuable to my guiding. I spent several years doing this and extended my college to a 6-year plan since I only attended one semester a year. During the time I worked in the Bighorns I would eventually meet my future wife which would lead me to to NW Montana to meet her family. Since Dan Bailey’s fly shop was right along the route we took through Montana of course I had to stop by the infamous shop where we had ordered fly tying supplies as kids when we first started tying. Out front were several odd-looking boats that I had not seen before, they had raised 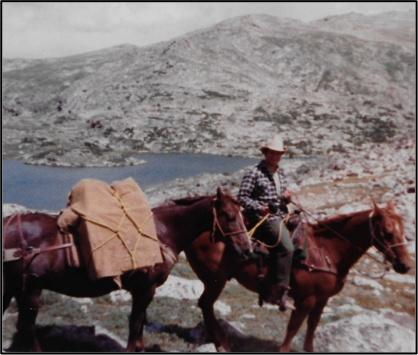 ends and looking like the old sea dories I’d seen pictures of as a boy. Well it wasn’t long before I was talking to the man himself, Dan Bailey, and he told us that he had heard several good reports of fishing where we were headed. He also told me that they had just started using the new boats for their guided fishing trips. Wow! That kind of blew my mind. It wasn’t long after that I chose to settle on the banks of the Kootenai and start its first fly fishing guide service. I loved fly fishing and teaching kind of ran in the family, I just had a different classroom than the ones my brothers taught in. We had purchased a parcel on the upper Kootenai that had a turn of the century barn and cabin on it. I had no idea the impact this decision would have on my young family. We had three children which grew up in the fishing business. Rental cabins came soon after and they learned a good work ethic from cleaning cabins, working the fly shop, and doing shuttles when they got their driver’s license. They got to meet interesting people from all walks of life and from all over the world! They all grew up learning how to row a boat and were able to take their friends on the water. They all new how to cast and fly. Our summers were hectic and busy but we made up for it in the winter when things slowed down, taking trips to ski and to Florida to see their grandparents. Despite the hectic seasons it was always a reprieve to be out on the water and experience the peacefulness of nature. I recently became a Grandpa, my eldest Robin blessed the family with a son born the end of October. As I enter into my grandpa/curmudgeon phase I look forward to being around to teach little Angelo David the ways of the river. 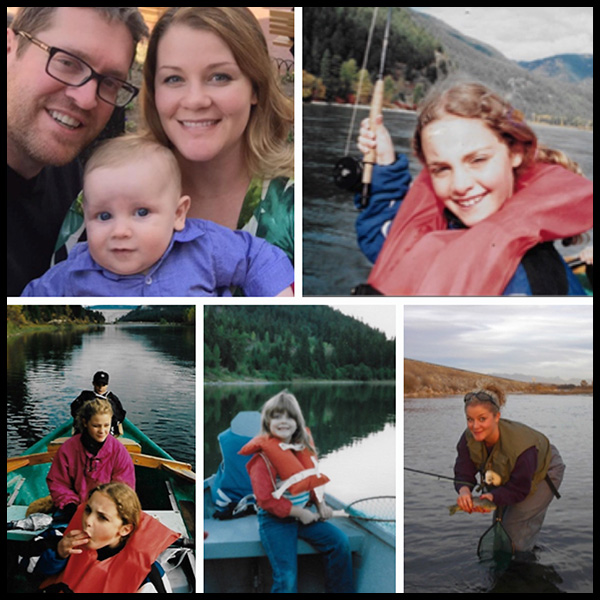 In a recent magazine article from an instructor at Harvard Medical school and a scientist and independent researcher, it was proven that nature scenes were a positive influence on stressed students. The nature scenes increased positive feelings of affection, playfulness, friendliness and elation. Urban views, on the other hand, significantly cultivated one emotion in these students: sadness. Viewing nature tended to reduce feelings of anger and aggression, and urban scenes tended to increase these feelings. The two-man team also discovered that being in nature and natural scenes increased the production of serotonin, a neurotransmitter thought to be a contributor to feelings of well-being and happiness. Fishing, of course, is a total immersion in nature. There is no outside influence or technology that can force a fish to bite or take a fly. We are totally at the mercy of an animal with a pea-sized brain that reacts only from outside stimulus and the need to eat. Of course catching fish is the end goal to fishing but not always the main emphasis. Henry Winkler (the Fonz) who enjoys being on the water described his fishing as a “washing machine for the brain”. Also one can’t forget the classic quote of John Voelkner aka Robert Traver on the reason he fishes: 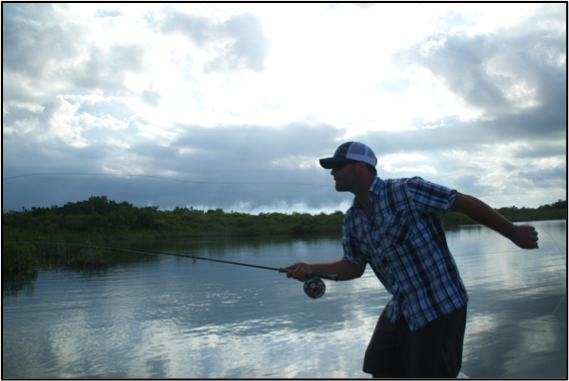 “I fish because I love to. Because I love the environs where trout are found, which are invariably beautiful, and hate the environs where crowds of people are found, which are invariably ugly. Because of all the television commercials, cocktail parties, and assorted social posturing I thus escape. Because in a world where most men seem to spend their lives doing what they hate, my fishing is at once an endless source of delight and an act of small rebellion. Because trout do not lie or cheat and cannot be bought or bribed, or impressed by power, but respond only to quietude and humility, and endless patience. Because I suspect that men are going this way for the last time and I for one don’t want to waste the trip. Because mercifully there are no telephones on trout waters. Because in the woods I can find solitude without loneliness. … And finally, not because I regard fishing as being so terribly important, but because I suspect that so many of the other concerns of men are equally unimportant and not nearly so much fun.”

As I sit here and contemplate, life is kind of like a river. Friendships and love of family run long and deep. I recently finished a book by Nathan Jorgenson called, “Waiting for White Horses” which was a novel set in the tall pines of Minnesota’s lake country. It was a story of trusted friendships, loss and recovery, love and redemption. In one scene, after one of the main characters lost his wife, the two best friends were out on a lake trying to make sense of things. 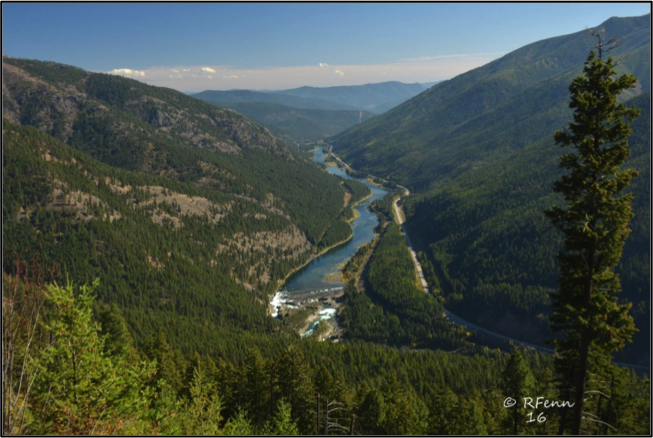 One said to the other, “I like the analogy that life is like a long river which runs into the sea. The sea represents heaven, I suppose. We all get in the placid, still waters of our youth. You know something like Spider Lake, which eventually flows to the Mississippi and then to the sea. But then, soon enough, we run into rapids, and waterfalls, and rocks just beneath the surface that would smash our boats and pull us under. Some of us get swept into the current way to early and don’t get to see the whole long river. Some of us just close our eyes and bang into every rock and somehow stay afloat and make it to the sea…..but we miss so much of life because we’re afraid to look at it. Then, somehow, a few of us navigate the whole river and deal with every rock and waterfall and we reach the sea triumphantly.”